INZHUANG, Taiwan -- Chinese Taipei finally found out what it was like to play nine innings in a World Baseball Classic qualifier.
(中華隊終於在這次WBCQ最終回，告訴大家我們是多麼喜歡打一場九局的比賽>.<這是在調侃比數維持在9:0嗎XD)

After breezing through its first two games by a combined 26-0, Chinese Taipei fell just short of a third straight mercy-rule (就是我們說的扣倒,Call Game,提前結束比賽,原來英文叫做慈悲規則) win Sunday, but a 9-0 rout of New Zealand in the qualifier finale was enough to secure a spot in the 2013 World Baseball Classic.

Not even a five-hour rain delay could slow down a Chinese Taipei team that was obviously on a mission after failing to earn a win during the 2009 World Baseball Classic. Their losses to South Korea and China in that tourney were called a "national shame" by the local press. (報導了我們把2009年WBC的意外事件視為"國恥")

Now, they have earned the opportunity to restore their name and return to public favor, team captain Cheng-Min Peng beamed after the game. (中華隊再度讓自己的名字回到WBC,隊長彭政閔容光煥發^^)

"I am very happy to win the qualifier," he said. "I attended the 2009 tournament, and now made it through the qualifier. I am very glad that the team will be back again for the regular World Baseball Classic competition.

"Our upcoming competitors will be much tougher, and we will try to ... be at our best for the next round."
(彭政閔說:下一輪的比賽將會艱難許多,我們將... 全力以赴。ps. 為什麼要...不解捏, 讓我們看影片)

Manager Chang-Heng Hsieh said that he will try to enlist Orioles left-hander Wei-Yin Chen and former Yankees and National starter Chien-Ming Wang for March's first round to boost the team's chances.
(對明年三月WBC會內賽第一輪,總教練謝長亨表示他會爭取陳偉殷和王建民)

Chinese Taipei will play host to Korea, Australia and the Netherlands when the group meets at the Intercontinental Baseball Stadium in the central Taiwanese city of Taichung in March.
(下一輪的比賽將在台中週記棒球場舉行, 同組的對手有韓國、澳洲、荷蘭。ps.是一個4搶2的比賽)

Not to be out done by the offense, Chinese Taipei's pitching staff did not concede a single run in the qualifier.
(中華隊的攻擊火力大有發揮,投手群也沒有鬆懈讓步,整個系列一分也沒有給對手 ps.總計35:0)

During the long rain delay, Kiwi players danced to the Korean pop tune of "Gangnam Style" to entertain thousands of fans, and they threw balls to the crowd as a reward for their patient wait.(在大雨長時間的等待中紐西蘭隊表演江南Style並拋贈球給現場的球迷 ps.轉播沒有這一幕@@)

The game turned nasty for a brief moment when Kiwi reliever Lincoln Holdzkom hit Cheng-Min Peng on the top of his head with his pitch right after New Zealand allowed two runs with a single and a throwing error in the bottom of the seventh. Both Lincoln Holdzkom and New Zealand manager Andy Skeels were ejected from the game, as Peng was already hit once in the left shoulder by reliever Riki Paewai in the fourth and both benches had been warned. (記者用字不留情的報導了紐西蘭給了彭政閔被兩次觸身球，紐西蘭投手和教練被驅逐出場，但既已大獲全勝，恰恰最後也逗趣回應，我們也就不苛責了吧) 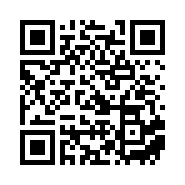