At 11 p.m. EST on Tuesday night, one hour before the New York Knicks needed to decide whether to match the Houston Rockets' three-year, $25.1 million contract offer to keep Jeremy Lin, the point guard's cellphone rang at his parents' home in Palo Alto, Calif. The call was from New York general manager Glen Grunwald and the conversation lasted no more than 30 seconds. Grunwald's message, Lin told SI.com, was simple and direct: "We wanted to keep you, but it couldn't work out. Tell your family I say hello, and good luck the rest of the way."

That was it. One of the more intriguing and publicly debated personnel decisions in NBA history ended in half a minute. No questions were asked, no pointed comments were uttered and no animated feelings were expressed. Lin, the undrafted 23 year old who rose to global stardom in his first 25 starts after being cut twice, politely told Grunwald, "I just want to thank you. Best of luck in the future."

Late Tuesday night, in his inaugural hour as a Rocket, Lin opened up to SI.com about how the most popular basketball player in New York City ended up in Houston, where he'll have his official team physical on Wednesday. He spoke about how Knicks management -- which had spoken to him and his representatives only once this month before that call from Grunwald -- finally let him go.

"Honestly, I preferred New York," Lin said. "But my main goal in free agency was to go to a team that had plans for me and wanted me. I wanted to have fun playing basketball. ... Now I'm definitely relieved."

The process began in late June, when Knicks coach Mike Woodson, who was in Los Angeles visiting Carmelo Anthony, Tyson Chandler and Landry Fields, contacted Lin to arrange a meeting to discuss his future. When Woodson said that his schedule prevented him from coming to Palo Alto, Lin -- who has been living with his parents this summer -- wound up flying to L.A. That night, over dinner at Mastro's Steakhouse in Beverly Hills, the guard was sold. "Woodson was saying, 'You're going to be a starter, you're going to be a big part of the team,'" Lin said. "I came away really excited."

ROSENBERG: Did the Knicks let Lin go for wrong reasons?

But the next week, on July 1, the first day of the NBA's free agency period, the Knicks informed Lin and his agents, Jim Tanner and Roger Montgomery, that while the team had interest in bringing Lin back, they were also going to court other point guards to join him. The names of four candidates were provided. Three of them were veteran free agents, all age 36 or older: Steve Nash, Jason Kidd and Andre Miller. The fourth was former Knick Raymond Felton, 28, who played for the Trail Blazers last season.

The Knicks would not make a formal offer to Lin -- not then, or, ultimately, ever -- instead opting to steer him toward the open market so he could assess his own price. Serious conversations with three teams other than the Knicks began. Only Houston, which had already cut the Harvard economics major last December, warranted a visit, on July 4. "The Rockets kept saying how sorry they were that that they'd cut him, and how much of a mistake it was," Tanner said. "They almost said it too many times. They kept acknowledging it."

Lin left Houston impressed by the effort and the enthusiasm. A backloaded first offer, as widely reported, came to him at four years -- with the fourth as a team option -- and $28.8 million. As news of the offer broke (and Lin's camp says they did not communicate anything to the Knicks before an offer sheet was actually signed), Woodson publicly declared that Lin would "absolutely" be back. But not long after that, the Rockets came back with a revised offer: three years for $25.1 million, with the money rising from $5 million in the first season, to $5.225 million in the second, to $14.898 million in the third. (The relatively low values of the first two annual salaries are as mandated by the Collective Bargaining Agreement's "Gilbert Arenas" provision.)

By this point, Lin had no real idea what the Knicks would do. But there also wasn't much choice: He had all of one offer sheet in front of him to consider.

While surfing the Internet last Sunday, Lin read that Felton was reportedly en route to the Knicks from Portland via a sign-and-trade. Earlier this month, New York had already signed Kidd; now, Lin saw the writing on the wall, along with everybody else. "Felton's signing was the first time when I thought, 'Oh, wow, I might not be a Knick,'" Lin said.

The next time he heard from an executive in the organization, it was to tell him the Knicks were letting him go.

The last time Lin talked to Knicks owner James Dolan was right before Game 5 of the first round of the Eastern Conference playoffs, when New York was down, 3-1, to eventual NBA champion Miami. Lin, who had suffered a meniscus tear in his left knee, had been ruled out for the remainder of the regular season and had already missed the first four games of this playoff series. Now Dolan, with point guard Baron Davis also injured, wondered about Lin's availability. But the matter had already been settled. "Every single vet on our team that has been in the league longer than five years pulled me aside and told me that I shouldn't play," Lin said. "And I had arguments with them about why I should."

Dolan -- who didn't talk to Lin often but had generally been "really nice to me" -- wound up expressing support. "I have plans for you in the future," Lin recalled the owner saying. "This is a long-term investment. Don't rush back."

LOWE: A defensible decision, but Knicks will miss Lin

At the time, Lin says, he had been sleepingwith an ice machine on every night and waking up early to restart it. He couldn't even touch the rim, much less defend. But the morning of Game 5, when asked about his status, he had publicly diagnosed himself at "85 percent" -- a comment he says has since been misunderstood. Lin was not 85 percent healthy, he says, but rather 15 percent away from the absolute minimum threshold to play. "People think it was easy for me to sit there and watch us lose, like I had nothing to do with the season," Lin said. "I was dying to play. I didn't miss a game due to injury in seven years until this past season, and people are acting like I wouldn't want to play in the playoffs? Of the NBA? In my first season?"

He is happy with his new employer, but less so about the misconceptions that others may now harbor. The notion that Lin has always cared about money above all else, in particular, eats away at him, especially as he sleeps in his childhood home.

"If I really wanted to, I could have triple-digit endorsements," Lin pointed out, but he does not. Instead, and in large part because Lin wanted to concentrate on basketball, he declined to cash in on the Linsanity gold-rush -- namely, the mountain of business opportunities in Asia -- and picked only three companies: Volvo, Steiner Sports and Nike.

"A year ago, I was just trying to stay alive and fight day by day, just to be on a roster," said Lin, who famously slept on couches upon his arrival in New York. "What I have now is way more than I ever would have dreamed of, and way more than I need."

What he doesn't have, though -- and what he deeply misses about those magical two months, back when he was atop the sports world -- is something that can't be bought, and likely can't be replicated elsewhere, again.

"I love the New York fans to death," Lin said. "That's the biggest reason why I wanted to return to New York. The way they embraced me, the way they supported us this past season, was better than anything I've ever seen or experienced. I'll go to my grave saying that. What New York did for me was unbelievable. I wanted to play in front of those fans for the rest of my career." 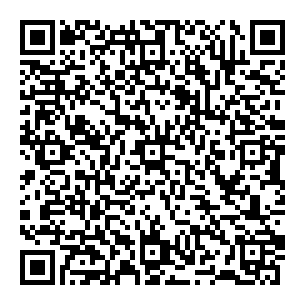